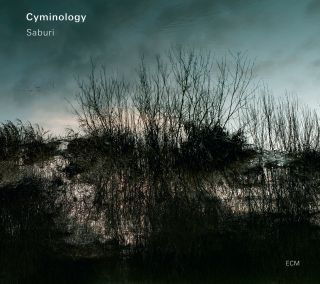 Where, last time around, singer Cymin Samawatie drew on classic Persian poetry (Rumi, Hafez), for some of her texts, this time the lyrics are all hers.

Singer Cymin Samawatie was born in Braunschweig in 1976, and during childhood spent part of each year in Iran. She studied singing, piano and drums in Hannover, and jazz vocalization in Berlin where her teachers included David Friedman and Jerry Granelli. Early recognition of her talents came in 2003 when Bobby McFerrin called her on stage to sing with him at the Braunschweig Festival.

Pianist Benedikt Jahnel, born 1980, grew up near Munich, moved to Berlin in 2000. His teachers have included John Taylor, Richie Beirach and Kenny Werner. He has toured with leading international musicians including Charlie Mariano and Phil Woods, and is active also with his own trio.

Bassist Ralf Schwarz, born in 1971, grew up in Braunschweig, and played organ and guitar before switching to double-bass and electric bass a decade ago. Through lessons and workshops with jazz masters like Ron Carter, Steve Coleman, Mark Dresser, Mark Helias, Richie Beirach and Billy Hart he has had the opportunity to refine and develop his skills.

Percussionist Ketan Bhatti, born in New Delhi, India in 1981, grew up in Bielefeld. Touring as a drummer since he was 14, he has been active in projects from reggae and hip-hop to jazz as both musician and producer. He has produced music for Nuran Callis’ play „Home Stories“ at the Schauspiel Essen and for Schillers „Die Räuber“ at the Volkstheater in Vienna.